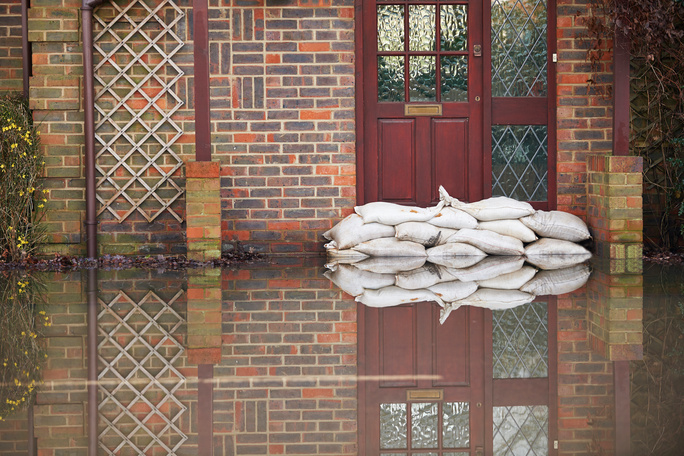 We get all kinds of different weather in northern Indiana.

The biggest offenders when it comes to causes of storm damage tend to be water-related.

Even if we can’t 100% predict the weather, we can predict the common causes of damage created during a storm. Let’s take a look at the different types of damage you can expect from storms and what to do after the clouds clear.

Flooding can lead to major structural damage to your home’s foundation. If flood waters get inside your home it can create issues with mold within 24 hours. It can also cause problems inside your home if it saturates your drywall.

River floods and flash floods can completely overwhelm a building and leave it a total loss. But rain during a storm can bring its own set of problems to a home.

“Spring is the time when basements flood. And generally it’s due to a lot of rain activity and storms,” Leffers says. “Pretty much 90% of the water that floods in your basement starts out on the top of your roof.”

Leffers explains that your roof is protecting your home, but it’s directing all of the rain water to your gutters and then to your downspouts, which are much smaller than the entirety of your roof. Before the major rain of the season begins, Leffers recommends making sure your gutters and downspouts are clear.

“Inspect your roof, but if you can’t get up there then hire a professional to come and take a look,” he says. “The most important thing is to make sure your guttering system is cleared out. Take a hose up there and flush out the gutters. You can even stick your hose into the downspouts to flush them out and make sure they’re clear of debris.”

After you clean out your gutters and downspouts, Leffers recommends making sure that the areas where that water is diverted to are also clear of debris and working effectively.

“It’s one thing to create this system that collects all the water from the roof, but where is that water displaced to?” Leffers asks. “If it’s displaced right next to the house, that’s not a good thing. Once it’s off the roof, then it needs to be away from the house.”

Leffers says that it’s a good idea to ensure that your sump pump is working, in case water does happen to get into the basement. He recommends testing the sump pump by pouring a bucket of clean water into the pit and making sure the pump kicks on and is working properly.

The sudden crack of a nearby bolt of lightning is enough to make anyone jump, even if you know it’s storming outside.

The electricity in a lightning bolt wants to take the path of least resistance to reach to the ground. Sometimes that’s a tree in a yard and sometimes it’s the chimney or roof of a home.

“Often, you can’t even see the point of impact from the lightning to your home,” Leffers says. “But it can create a situation where a fire can start, many times from insulation that’s next to wood in your home.”

Leffers says that not all lightning strikes result in fires, but they can also cause problems to the electrical system in a home. Surge protectors are good investments to protect your electronics from lightning strikes when you’re not home.

Fortunately, lightning strikes to homes — and ones that cause damage — are rare, so your home should be relatively safe during a storm.

While tornadoes definitely do happen in this part of the country, high winds can certainly cause their fair share of damage, too.

Damaging winds can happen in the form of microbursts, gust fronts, bow echoes, downbursts, and straight-line winds. Each comes with its own potential for damage.

Wind damage can end up resulting in water damage, Leffers says. High winds can break tree limbs which can puncture your roof and create an opening for rain to enter. If your shingles are older, the adhesion between the shingles can deteriorate and then they can flap in the wind — or be blown off — and allow water to enter your home.

“This is another reason you might want to have a professional inspect your shingles,” Leffers says. “They’re going to have an easier time spotting problem areas and can help you get it fixed before it’s a major issue.”

If your home is damaged by water, fire, or smoke because of a storm, our restoration experts at Paul Davis of Northeast Indiana are ready to help get your home back in tip-top shape.

Storms are unpredictable, so we’re available 24/7 to help you whenever an emergency happens. Call us at 260-436-7510 and we’ll get you on the path of restoration.